What a crazy couple of weeks. I am sitting on the plane on my way to Queenstown after having just competed in two Australian cross country paragliding competitions (Bright and Corryong).

Two years ago, after my first competition, I made the lofty goal of trying to make the Australian Paragliding Cross Country squad. I didn’t tell any of my paragliding buddies as I thought it may sound egotistical. Keeping it under wraps seemed easier.

“How do you make the squad” you may ask? Easy, people race paragliders around the sky then land at a fixed point. If you do well, compared to others, you get some points. At the end of the year if you come in the top 20 you make the squad. “What do you get?” Being an amateur sport the top pilots in Australia never have companies chasing them down offering them money, gear or contracts like footballers or tennis stars. I was told you get bucket loads of personal satisfaction, some bragging rights, access to more knowledge, a flying jacket, your name on a web site, loads of fun with friends and a depleted bank account. I already have the last four so I am ok in that department.

A few months ago I decided to extend my secret two year goal to three years – I didn’t really back myself. After all, I had previously flown just three comps. Add to this the prospect of trying to learn how to fly a brand new wing, a Flow XCRacer, my first two liner. Probably not enough experience to pick up the required skills.

If you have made it this far I guess you are wondering how I went? Drumroll….. I am happy to report after the last two comps and many many many hours turning circles in the sky – I just scraped into the top 20. 20th to be exact. I can’t quite believe it. It is still a surprise. Flying competitions is very different to what I have been doing, flying cross country in the Himalayas.

Many thanks and much love to the friends who have helped me over the last six years. My number one goal is to have fun with you! I am looking forward to catching up again sooner rather than later. An extra special thanks to the support of Felipe from Flow Paragliders, and to Andy McMurry for the positive vibes and for whispering into Felipe’s ear.

Next goal? The Australian team. I think it’s the top 4. Not sure. I’ll have to check on that and get back to you. Off to turn more circles in New Zealand bro. 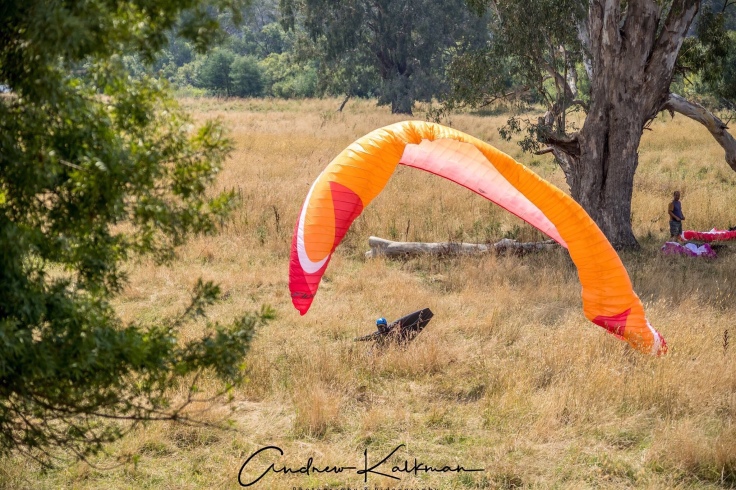 3 thoughts on “Squad not squid”